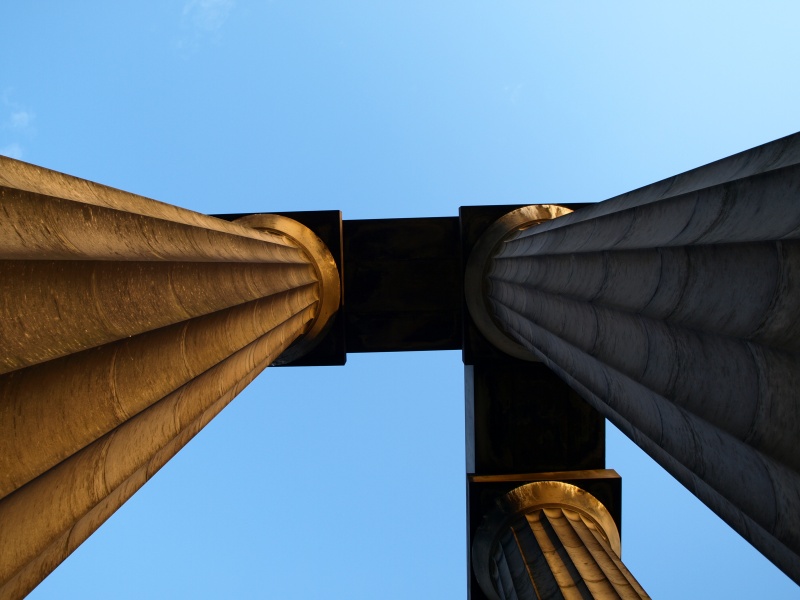 In July 1846, the American writer Henry David Thoreau went to prison for refusing to pay his poll tax. He couldn’t abide the thought that his money would be used, however indirectly, to perpetuate the Mexican-American war and the institution of slavery. “Under a government which imprisons any unjustly, the true place for a just man is also a prison,” Thoreau reasoned, and so that’s where he was.

Like many things in Thoreau’s life, his stint in jail was somewhat less impressive than he made it sound. He’d simply run into the tax collector by chance, who demanded six years’ worth of unpaid taxes. Thoreau refused, spent one night in a freshly-whitewashed cell, drank a pint of hot chocolate for breakfast, and was released against his will later that day when someone (probably his aunt) paid the tax for him.

Nothing changed. Both the war and slavery went on, unperturbed. The most significant outcome was Thoreau’s deeply influential essay Civil Disobedience, an ongoing source of inspiration to anti-statist activists from the anarchist left to the libertarian right.

Four decades later, the people of Lough Mask in Ireland began a campaign of ostracisation against Lord Erne’s local land agent – a certain Captain Charles Boycott. The British ultimately used troops to guard the Orangemen brought down to harvest Erne’s crops (at 20 times the cost of what the crops were worth). But in the process the English language acquired a useful new verb.

But is the practice of boycotting as useful as the word? Are withdrawals of support such as Thoreau’s morally valuable acts of defiance or mere self-indulgent theatre?

The news that the Sydney Biennale has severed all links with Transfield Holdings, including accepting the resignation of its chairman Luca Belgiorno-Nettis (who remains Transfield’s director), throws all these issues into relief.

Like Transfield itself, the Biennale was founded by Luca Belgiorno-Nettis’ father Franco (who had earlier established the Transfield Art Prize). No-one disputes, therefore, that Transfield has been a deeply valuable benefactor of the arts. As recently as late February, the Biennale board was insisting it could not survive without Transfield.

But Transfield’s subsidiary, Transfield Services, operates the Australian government’s immigration detention facility in Nauru, and has just signed a A$1.22 billion contract to run the Manus Island facility in PNG as well. Protests against Transfield’s involvement with the Biennale had been gathering steam for weeks. Nine artists had withdrawn from the event altogether.

In the statement announcing his resignation, Belgiorno-Nettis complained:

There would appear to be little room for sensible dialogue, let alone deliberation. Yesterday I learnt that some international government agencies are beginning to question the decision of the Biennale’s board to stand by Transfield.

Biennale staff have been verbally abused with taunts of “blood on your hands”. I have been personally vilified with insults, which I regard as naïve and offensive. This situation is entirely unfair – especially when directed towards our dedicated Biennale team who give so much of themselves.

As the reference to Biennale staff reminds us, ethical decisions are never made in a vacuum. We moral philosophers like our thought-experiments artificially clean and simple: strip out all the messy, extraneous stuff and display the moral problem in its clarity and purity. Real-life moral dilemmas aren’t like that: the truth, as Wilde quipped, is rarely pure and never simple. It would be silly to ignore the fact there are livelihoods and careers involved here, and real costs to each if the event folds.

Villains are rarely as pure as we’d like them to be either. Writing on The Conversation, Joanna Mendelssohn notes that Luca Belgiorno-Nettis is:

by any measure a major patron of the arts on a personal level and one of the great subtle thinkers in modern Australia.

And yet, he profits from what can only be called systematic cruelty.

As an act of protest, the decision to boycott an arts festival may seem decidedly sub-Thoreavian. There are certainly real costs involved to the protesters, but no-one’s going to prison. Moreover, it’s no doubt impossible for even the most well-meaning boycotter to achieve complete disentanglement here either.

Other sources of funding are also likely to be ethically tainted too – is taking part in the Sydney Festival, which has a casino as its principal sponsor, an endorsement of the gambling industry, for instance?

Presumably the local artists who threatened to boycott the Biennale still pay their taxes too. We’re still paying for Manus whoever gets the contract. (Even Thoreau continued to pay the Highway Tax, because “I am as desirous of being a good neighbor as I am of being a bad subject.”)

And of course, none of this will move the needle one bit on asylum seeker detention policy, any more than Thoreau’s theatrics stopped the war against Mexico.

His belief that even a minority “is irresistible when it clogs by its whole weight” sounds wildly optimistic, then as now. Australia seems determined to punish asylum seekers for the unforgivable crime of disturbing our three-big-tellies-and-two-cars-in-the-driveway complacency.

As Waleed Aly put it in a grimly eloquent piece recently, “The political truth is that there is almost nothing any government could do that the electorate would deem too brutal” when it comes to detainees. A few artists pulling out of a festival is unlikely to get much traction in the suburbs of Western Sydney (which, as we learned during the last election campaign, is apparently the entirety of Australia).

And yet, a group of individuals stood up, at some cost to themselves, to withdraw their implicit support of a company that makes money from our brutalisation of the most vulnerable. And they won.

The board’s statement suggest it’s reacting to pressure rather than acting from genuine ethical concern, and Belgiorno-Nettis’ comments aren’t exactly a study in contrition. When the sun came up Saturday he was still director of Transfield Holdings, and Transfield Services was still running detention camps for profit.

But even so, the Biennale board has chosen a course of action that, on its own admission, puts its survival in doubt. I’ve said here before that we need more turkeys prepared to vote for Christmas. Perhaps we’ve found some. Perhaps.

Whatever the complexities, and however limited the impact, there was, at least, a moment, here in 2014, where the idea that misery outweighs money won some sort of victory.

It won’t change much. It won’t change anything at all for those suffering on Manus and Nauru right now. Some will call it merely symbolic, an empty gesture. But gestures matter. Symbols matter.

Thoreau died of TB at the age of 44, too soon to see the Emancipation Proclamation – by just eight months. History can be quicker than you think.

Luca Belgiorno-Nettis should just buy a yacht
We should value the Biennale protest, not threaten arts funding
Is there any clean money left to fund the arts?
Artists’ victory over Transfield misses the bigger picture
Should artists boycott the Sydney Biennale over Transfield links?