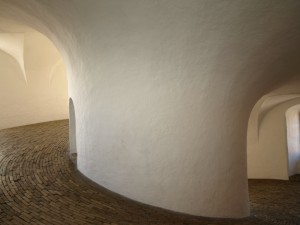 This project was funded by a postdoctoral fellowship from the Danish Research Council for the Humanities (FKK) and was hosted at the Søren Kierkegaard Research Centre at the University of Copenhagen, February 2008-March 2010.

Kierkegaard’s discussion of selfhood is unique within the context of 19th century philosophy for its depth, originality and insight. Across a series of works, Kierkegaard develops a challenging account of the self as a reflexively-generated, fragile, and dialectically-structured entity, something crucially dependent upon a certain self-constituting attitude towards itself. This account of selfhood as a form of self-constituting self-relation, with its emphases on imagination, vision and self-regarding volition, also has important resonances with important streams in contemporary philosophy of personal identity. These contemporary discussions provide an important context in which to further explore, elucidate and evaluate Kierkegaard’s thought.

This project sought to bring Kierkegaard’s work on selfhood and reflexive thought into dialogue with contemporary analytic philosophy of self and personal identity. Such engagement is designed to develop our understanding of Kierkegaard’s model of selfhood by situating it in relation to the key problems in personal identity theory and showing whether, and how, it can accommodate, answer or dissolve such problems. The project is structured around three interrelated topics common to both Kierkegaard and this contemporary tradition: the relation between imagination and self, the role of reflexive thought in self-constitution, and the role of narrative in the creation of the self.

Though the project concluded in 2010, I continue to work on the topics covered during this period.