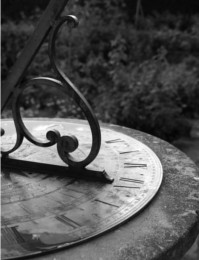 A Marie Curie Intra-European Fellowship project funded by the European Commission under the 7th Framework Programme on Research, Technological Development and Demonstration, 2010-12

This project, hosted by the Philosophy Group, School of Humanities, University of Hertfordshire, developed a new approach to the problem of personal identity, establishing a productive new avenue of investigation for this important and highly contested branch of philosophy. While traditional metaphysics has treated the self as just another object (albeit one of a rather unusual kind), with objective identity and persistence conditions, recent philosophy has begun to appreciate that selfhood has something irreducibly subjective and first-personal about it. Yet it has not yet made the further move of considering the temporal corollary of this “from the inside” character: that questions about personal identity are never asked from an atemporal “nowhen” but always from the present moment. If this is true, then selves are always “tensed” in a way that alters the focus for discussions of the problems of personal identity. Instead of asking about a single entity stretched across time, questions about ‘the self’ now refer to the way this always-present-tense entity interacts – not just cognitively, but emotionally – with events in the past and future.

This project sought to develop and test a framework for discussing personal identity based on these premises, and applied it to three specific problem areas within the literature on personal identity: the relation of self-interested concern (including our concern for survival) to identity; problem-scenarios in which numerical identity and self-regarding concern seem to come apart; and the object of self-reflexive emotions such as remorse, pride and guilt.

The project concluded some months earlier than scheduled due to my taking up the position at Deakin. However Prof. Lippitt and I continue to collaborate on publications related to this project.