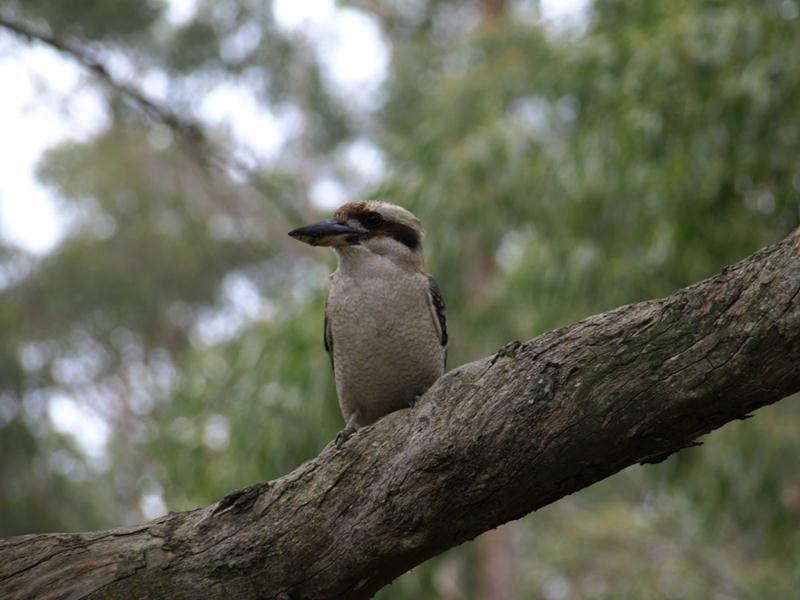 [Originally posted at The Conversation UK; feel free to join in the discussion there]

UPDATE: The below piece ran in the Conversation’s UK edition on election eve 2013. The provisional election result has Clive Palmer elected to the seat of Fairfax and two of his senate candidates also elected. Congratulations, Clive. It also appears the hitherto unknown Australian Sports Party and the Australian Motoring Enthusiasts Party have both secured senate seats despite each attracting absolutely miniscule proportions of the vote. This sort of outcome is precisely what the ABC’s wonderful resident psephologist Antony Green has been warning us about for some time. Here’s his excellent analysis of what happened and how the system might be fixed.

Here’s a sentence you probably won’t hear again for a while: when I lived in the UK, I couldn’t get over how constructive and intelligent British politics was.

Having come from Australia, where Question Time in parliament has long since descended into hollow sloganeering and pointless vitriol – like kabuki theatre staged at a dog fight – Westminster politics seemed decidedly civil, even, well … reasonable.

The key to understanding Australian politics is that voting is both compulsory and preferential (or “Alternative Vote” as the UK knows it). This means that in order to win elections, candidates have to appeal to people who don’t care about politics and also to people who plan to vote for someone else anyway. The result is two major parties who, despite some genuine ideological divisions, basically disagree within a fairly narrow band. Unthreatening centrism and a “don’t scare the horses” mentality is the order of the day.

But there is another story at play here too. Australia’s notoriously complicated voting system for the Senate, combined with preference deals done between parties, means the balance of power in the upper house has often been held by independents and minor parties such as the Australian Greens and, until a few years ago, the Australian Democrats.

There’s also a slew of perennial campaigners such as the Shooters and Fishers Party (not to be confused with the Fishing and Lifestyle Party) and the Australian Sex Party. Tragically the latter refuses to use the slogan “Ain’t No Party Like An Australian Sex Party!”, but made up for it this year with the campaign line “As much as we like sex, we don’t like getting f***ed.” I’m not even making that up.

Minor parties may add colour and movement, but they are more than just electoral noise: they can exert a serious influence on preferences flows and ultimately on the composition of the Senate.

So with that in mind, here’s a quick primer on a couple of the more, ahem, “interesting” characters making their presence felt in this election.

I’m guessing you may have already heard of would-be Senator Julian Assange, born and raised in the suburbs of Melbourne, lately of Knightsbridge.

Wikileaks decided to set up a political party to contest the Australian election in 2012, with Assange in the party’s number one slot for the Victorian Senate contest, the fact that he’s hiding in an embassy notwithstanding. In the event he wins, Assange will not be able to take up his seat for obvious reasons, and so the party’s number two candidate, Melbourne ethicist and author Leslie Cannold, would have taken his place. The party is standing on a platform of human rights, democracy, transparency and accountability.

Except that just a few weeks into the campaign his party promptly imploded and Cannold quit, along with other party figures. The reason? A lack of democracy, transparency and accountability. Oh dear.

The dispute was over the still-unclear set of circumstances which lead to Wikileaks directing its preferences minor right-wing parties ahead of the Greens in NSW, and preferencing against Greens Senator – and staunch Assange supporter – Scott Ludlam.

Bob Katter’s father, Bob Sr, began his political life with the Australian Labor Party, moved to the Democratic Labor Party (formed after the anti-communist split) and eventually migrated to the mainstream Nationals, a rural/agricultural conservative party that works in coalition with the more metropolitan/business conservative Liberal Party. After Bob Sr lost his seat of Kennedy to Labor, Bob Jr won it back, but eventually resigned from the party and sat as an independent until forming the modestly named Katter’s Australian Party in 2011. KAP currently has seats in the Queensland Parliament. He famously appeared in a break dancing video to promote that campaign.

Katter is known for his very large hats and quite old-school blend of economic protectionism and social conservatism. He dislikes the supermarket duopoly (and its impact on farmers) and the carbon tax as much as he dislikes same-sex marriage. He once insisted there were no homosexuals in far north Queensland electorate. Not surprisingly he has been publicly at odds with his gay half-brother.

He also threw eggs at the Beatles once, because sure, why not?

It’s easy to mock Clive Palmer, and I’m lazy, so let’s do just that.

Clive Palmer is a mining magnate, onetime football team owner, and former Liberal National Party life member. Having amassed an enormous wealth (in the hundreds of millions), he has turned his attentions to building a replica Titanic and a Jurassic Park-style resort full of an animatronic dinosaurs, as well running for high office. To date he hasn’t married a sub-par singer and built her an opera house, but there’s time.

After planning to stand against Katter in 2012, Palmer became increasingly critical of the LNP and left to found his own Palmer United Party. His platform mostly seems to consist of “mining is great!” (again, opposed to the carbon tax) as well as what appear to be relatively progressive education and refugee policies.

Palmer’s public persona oscillates between “avuncular straight shooter” and “mad as a cut snake”. In response to a critical piece in the Murdoch press this week, Palmer accused Murdoch’s estranged wife, Wendy Deng, of being a Chinese spy. This isn’t the first time he’s played the “accuse your opponents of being in the pay of foreign intelligence services” card either: in 2012 he accused Greenpeace of being funded by the CIA in order to bring down the Australian coal industry.

We could go on: there’s notorious anti-immigrant former MP Pauline Hanson returning for another stab at the Senate, and firebrand anti-Islam preacher Danny Naliah (who appears to have blamed the 2009 Black Saturday fires, which killed 173 people, on changes to Victoria’s abortion laws).

But all jokes aside, the minor party candidates do tell us something about the state of Australian democracy. The two-party system assumes the diversity of political views can be accommodated within a hopelessly simplistic “left-right” division. Candidates like Katter – socially conservative but pro-nationalisation, anti-carbon tax but protectionist – give the lie to that simple binary. And we need to be reminded of how limited left-right politics is: perhaps Wikileaks’ progressive supporters would have been less shocked to see them preference against the Greens had they noticed the party’s apparent libertarian rather than social-democratic bent.

Compulsory and preferential voting – though both in themselves, I’d suggest, very good things, and worth defending – also compel the major parties to appeal to an “average voter” who turns out to look very much like the voters of suburban Sydney and Melbourne. Charismatic minor party figures may seem surreal and clownish to latte-sipping inner-city sophisticates like myself – but their messages gain traction because, for better or worse, they articulate the worldview of voters who don’t see themselves or their concerns reflected in Canberra.

If these candidates generate a true clash of ideas in a political landscape largely bereft of them, then perhaps we should be grateful for folks like Julian, Bob and Clive.