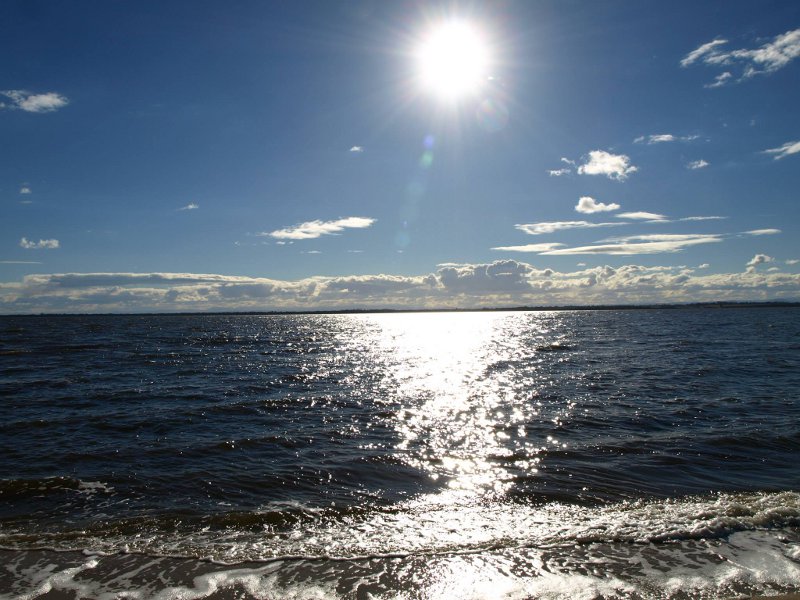 [Originally posted at The Conversation; I’d invite you to join the discussion there but they shut it down. Things got a bit heated, I think.]

It’s usually translated “mercy” or “pity”. Thomas Aquinas took misericordia to be a kind of grief at the suffering of others as if that suffering were our own. Alasdair MacIntyre, the leading modern exponent of Thomist virtue ethics, sees misericordia as a responsiveness to the distress of others that offers the same concern we would normally show to those in our own family, community or country to total strangers.

Misericordia in this sense is the virtue of the Good Samaritan; it’s the virtue the ancient Chinese sage Mencius describes in the way we would rush to help a child who has fallen down a well, not through hope of reward, but simply through concern for the child – any child.

You might say this particular virtue went missing at sea the day the Special Air Service was ordered to board the MV Tampa. We have been doing our best to keep it from surfacing ever since.

The consensus among the commentariat has been that all this will go over beautifully in an electorate that has long seen boat arrivals as a standing existential threat. As journalist David Marr points out, Rudd is merely the latest prime minister to play on our disproportionate fear of “boat people”. The moves are new but the game itself is decades old.

It’s a bizarre national obsession and it begs for answers: why are we so scared of the boats?

No doubt straightforward racism is a very big part of it. But that can’t be the whole story: if it were, why has the government not been pilloried for talking about raising the overall humanitarian intake? Why is there no comparable outrage over the considerably larger number of asylum seekers who arrive in Australia by air? If it’s about respect for Australian law, where’s the outrage over visa overstayers, a much larger cohort than asylum seekers? If it’s driven by opposition to population growth, where were all those “F—– Off, We’re Full” stickers when the Baby Bonus was introduced?

So what is it that boat arrivals symbolise that other forms of arrival don’t? Well, here’s a stab at an answer: they remind Australians that we haven’t earned what we’ve got.

Consider John Howard’s “We will decide who comes to this country and the circumstances in which they come” line. That same message has been built into all our rhetoric on boat arrivals ever since: we don’t have to take you, and unless you come here entirely on our terms, we won’t. Form an orderly line, jump through this set of hoops, and maybe we’ll let you in. You’re welcome.

This emphasis on sovereignty over mercy serves to bolster the idea that “our way of life” is somehow ours by right, and so within our gift to bestow or withhold however we see fit. A gift, by its nature, must be freely given and gratuitous; it cannot be demanded of us. And it must be ours to give; we can only share what we ourselves are entitled to.

Except, of course, we haven’t earned such an entitlement at all.

…our obligation…is to give people protection. It is not to guarantee them a first world lifestyle in every case when they come to Australia.

But then, by what right are we guaranteed such a lifestyle? What law of nature or reason determines that we get to live in luxury simply by virtue of the accident of birth?

Consider the slogan bandied about during the Cronulla riots: “I grew here, you flew here” – as if it was a personal achievement to be born on this part of the earth’s surface at this point in history. It’s not. It’s sheer dumb luck. It’s nice to be lucky, but it’s no merit.

I suspect on some level that’s what boat arrivals remind us of: the radical contingency of everything we have. It’s not just that we’re repulsed by undeserved misfortune – “there but for the grace of God go I”; “really makes you think, doesn’t it?” – we’re deeply unsettled by undeserved good fortune too.

As a species we always have been. That’s why we invented doctrines like karma, so we could insist that those born into abased misery or obscene privilege must, somehow, be getting their just deserts. In the modern West we have a similar myth: that “anyone can make it” if they just work hard enough, and so the poor must simply be lazy, undeserving – as if talent and even the capacity for hard work itself aren’t themselves dealt out by random chance.

Acknowledging such radical contingency knocks the ground from under out feet. It suggests our claim to our prosperity ultimately rests on happy accident rather than cosmic justice. No amount of “Cronulla capes” and bumper stickers and half-remembered tales of Bradman riding Phar Lap to victory at Gallipoli can change that.

K.E. Løgstrup, a 20th century Danish moral philosopher who deserves to be much better known outside Scandinavia than he is, argued that once we see the gratuitousness of what we have, we can no longer stand on our own rights in order to begrudge others our help. Our individual sovereignty is shattered by the realisation that everything we have is, ultimately, a gift we’ve received, not an entitlement we’ve earned.

Perhaps that’s why the boats scare us: they remind us of a far more demanding ethics lurking behind our comfortable norms of reciprocity and exchange. Perhaps that’s at least part of why we go to such lengths to dehumanise, to demonise, to refuse to see asylum seekers in their full humanity.

None of what I’ve just written fixes the problem or even offers any policy suggestions whatsoever. Understanding our motives won’t stop people dying at sea – as I write this, yet more lives have just been lost.

But the moral demand to respond with misericordia hasn’t gone away. And we cannot act morally, or even see others properly, if we’re more concerned about justifying our own privilege.