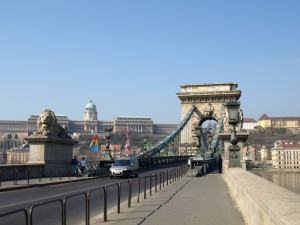 [This post originally appeared at The Conversation. Feel free to join in the discussion there.]

This past weekend, we saw the media – old, new, and social – trying to digest the indigestible. The death of Jacintha Saldanha, the British nurse who apparently took her own life after being caught up in a prank phone call from 2DayFM DJs Mel Greig and Michael Christian, is one of those stories that is so sad, so utterly pointless and bewildering, as to leave us gasping for something, anything, coherent to say about it.

There’s also something frighteningly random in how things seem to have played out: a simple, farcical prank call from the other side of the planet, and suddenly a 46 year old woman – a mother of two and from all accounts a dedicated and well-regarded professional – is dead. That she is appears to be, from what we know at this stage, the result of decisions that had nothing to do with her. No one set out to cause this, no one could have seen it coming, but the feeling remains that someone – Greig and Christian, Austereo management, the hospital, the media, the cult of celebrity itself – must be to blame.

Blaming, as it happens, is something the internet is very good at. Within hours, the 2DayFM Facebook page was inundated with angry messages. Twitter lit up with outrage. Some of the response has been decidedly sinister.

But among the calls for retribution there were others defending the presenters and expressing concern for their welfare. The DJs clearly didn’t intend for anything like this to happen. As Peter FitzSimons, writing for Fairfax points out, such pranks are an everyday part of the FM radio repertoire.

FitzSimons doesn’t stop to ask whether it’s ever OK to misrepresent yourself in order to make someone the unwitting object of fun, let alone whether calling a hospital to gain private information on a patient’s condition is ever acceptable.

But FitzSimons’ article is revealing in another way. He draws on his “garden-variety legal studies” to remind us that the test of negligence is “whether or not a ‘reasonable man’ might have had any expectation that their actions would have resulted in the kind of tragedy we have seen.”

Surely, we can’t accuse Greig and Christian of negligence given there’s no way they could have predicted this outcome?

But legal responsibility isn’t the same thing as moral responsibility. Courts have to make clear decisions, a practical purpose for which they need artificial rules and procedures. The “reasonable man” test provides a rough but workable way to delimit responsibility: if the consequences of our action are so remote that a reasonable person could not have predicted them, then we’re not answerable for those consequences.

That might be good enough for a courtroom, where we need final decisions about who is responsible for what. But without this artificial context, the boundaries of moral responsibility seem to be far more ambiguous.

Indeed, there is an uneasy grey area between moral guilt and complete innocence. Philosophers have been troubled by this ever since Bernard Williams coined the term “moral luck” more than 30 years ago. Strictly speaking, “luck” shouldn’t have anything to do with morality: since Kant, the standard view has been that you’re only responsible for what you do, or could have done but failed to.

Yet in fact, it’s alarming just how much of what we praise and blame people for depends upon factors beyond their control. We condemn the coward, but no-one willingly chooses cowardice. We regard the drunk driver who kills a pedestrian as more culpable than one who doesn’t, even though it’s only random chance that separates the two cases. We tolerate, and indeed reward, an uneven and unearned distribution of talents. The idea that we’re only responsible for what we can control seems to be strained at every turn by our moral intuitions and practices.

And as Williams notes, there is a phenomenon of “agent-regret,” a sense that it would have been better if we had acted differently. Such agent-regret remains even when we know what has happened is not, strictly, our fault. There is, according to Susan Wolf, a “nameless virtue that urges us, as a matter of both moral character and of psychic health, to recognise and accept (to an appropriate degree) the effects of our actions as significant for who we are and for what we should do.”

Journalist Jane Hansen’s revealingly honest piece in the Australian illustrates the grey zone of agent-regret perfectly. It’s a sobering reminder of how unclear the boundaries between guilt and innocence, between culpable agent and victim of circumstance, often are.

That’s not what we want, of course. We want to affix blame and move on. We want to carve the world up into the innocent and the guilty and hand out their just deserts.

But we can’t. Think about it for more than a tweet-length and suddenly even our most basic ideas about the limits of responsibility fail us. Who is to blame? Are Greig and Christian to be pilloried or pitied? Can it be both? Neither? It’s simply indigestible.