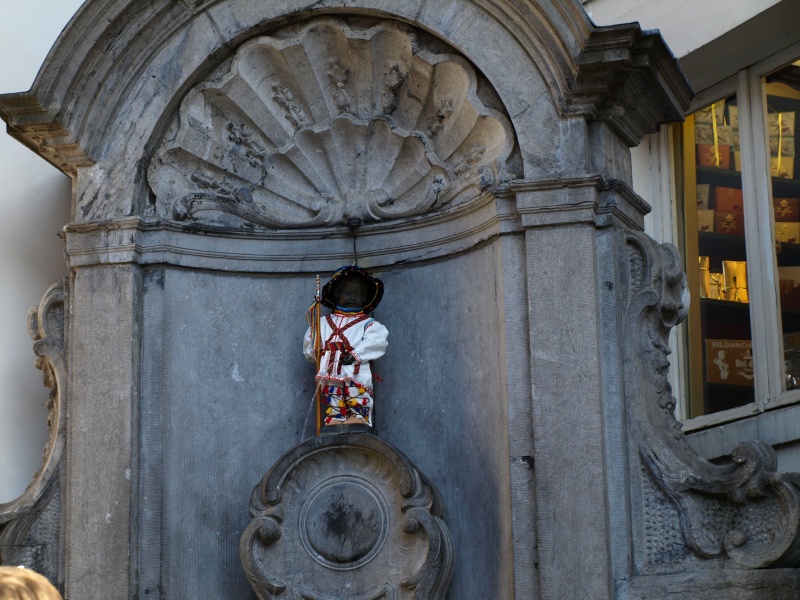 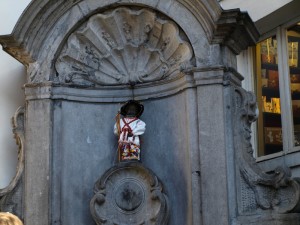 A couple of weeks ago I stumbled onto a post on New APPS about this review of Colin McGinn’s new book The Meaning of Disgust. The review, even though not yet published, has caused a bit of a stir: for those who remember McGinn’s stoush with Ted Honderich in 2007 (or sometime in the late Cretaceous in Internet Years) this seemed like a pleasing story of a grad student giving a leading figure a taste of his own medicine. But some commenting on the article thought this narrative was just a bit too easy: is this a case of poetic justice or just an unwelcome escalation of incivility? Is McGinn a legitimate target for well-honed snark or does the point about the sum of two wrongs hold here?

I haven’t read McGinn’s book and so can’t comment on the accuracy of the review; I will say that it’s beautifully written, and given McGinn’s past form as a reviewer I find it very hard to get upset about the tone either. Perhaps I should, but I’m a pretty awful person, really.

I am troubled by a couple of things in Strohminger’s review, though. It’s certainly baffling, and probably inexcusable, that McGinn (of all people, given his recent public display of science-fetishisation on the NY Times blog) doesn’t consider the dominant empirical explanations for disgust – but, strictly speaking, is he philosophically obliged to do so? Despite McGinn’s own insistence to the contrary, philosophers are not scientists, and we’re entitled to resist reductive accounts of phenomena in terms of their evolutionary utility. Now, as Strohminger presents him, McGinn still seems to think of himself as offering an account of the phylogenesis of disgust in terms of its survival value for our early ancestors, in which case his project presumably does fail on its own terms. But that may simply mean that McGinn should’ve stuck to working up a phenomenology of disgust rather than adverting to the sub-phenomenal level of evolutionary function. Although she criticises specific claims that seem phenomenally suspect, Strohminger doesn’t really tell us why McGinn’s ‘Death in Life’ interpretation is not a phenomenologically compelling account of the experiential structure and meaning of disgust; instead she seems to take it that empirical explanation is the only game in town, in which case the ‘emotional immune system’ model will win every time. (All that said, I’m a very long way from seeing how a phenomenology according to which rectums are graves, penises are tumours and vaginas are wounds could be particularly convincing…)

This paragraph also gave me pause:

Perhaps The Meaning of Disgust is useful as an aesthetic object in itself: an emblem of that most modern creation, the pop philosophy book. Actual content, thought, or insight is entirely optional. The only real requirement is that the pages stroke the reader’s ego, make him feel he is doing something highbrow for once, something to better himself. The sad fact is the reader would learn more about disgust by reading Madmagazine.For the rest of us—those who actually care about disgust, or aesthetic emotions, or scholarship at all— the book is bound to disappoint.

I’m not entirely sure whether Strohminger means the comments about ego-stroking to refer to specifically to McGinn’s book or to the ‘pop philosophy’ genre in general, but the wording strongly suggests the latter. It’s quite true that this genre is bloated with many mediocre offerings. But the suggestion that it only exists to allow people a moment of smug self-satisfaction strikes me as unfair to both the readers of this genre and the people writing for them (in the interests of full disclosure, I have done a paper for one of the ‘pop culture and philosophy’ books, so I’m not an entirely disinterested party here). What, exactly, is wrong with doing “something to better oneself”? What’s wrong with writing philosophy for a popular audience? Isn’t philosophy supposed to have significance for those outside the academy? Isn’t it a virtue to be able to communicate some modicum of the sense and significance of your research to laypeople? Shouldn’t we, from time to time, take philosophy out of the seminar room and back into the agora? Doesn’t my habit of arguing by stringing questions together get annoying really, really quickly?

We can’t complain that civilians (so to speak) don’t understand – let alone value – what we do, and then refuse to try and explain ourselves in popular media, to people who probably don’t care about the conventions of scholarship but who might (and perhaps should) care about some of the questions philosophers are concerned with. That’s not to say McGinn, or many other people for that matter, do this well. On the strength of this review, though, I suspect it’s something Strohminger would do very well indeed.

After I’d posted the above comments at New APPS, Bence Nanay from University of Antwerp/Cambridge replied that yes, McGinn is philosophically obliged to consider the dominant empirical explanations for disgust: “if you are giving a ‘philosophical’ argument that x is F then ignoring empirical evidence for x is not F is intellectually irresponsible (and it’s also just, well, lazy).” It may well be lazy, and it’s certainly very odd indeed. As I say, based purely on Strohminger’s description, it sounds as if McGinn really does want to argue from the sorts of things that disgust us to a causal explanation for disgust in survival-functional terms, and his theory will then fail both to have the explanatory range and parsimony of the ’emotional immune system’ theory. If that’s his project, then yes, he’s failed to do something he was clearly obliged to do. And if McGinn was an evolutionary biologist (or indeed was any sort of empirical scientist) that would obviously be a fatal defect in his argument. But insofar as he’s a philosopher, he could – but, given his other commitments, likely would not – have simply resisted the move from phenomenological exploration of the experience of disgust to saying how, in evolutionary terms, disgust came about. It seems extremely plausible that disgust arose precisely as Strohminger’s summary of the dominant empirical explanation suggests, but that needn’t determine what disgust as an experience means for human beings, any more than the meanings of love or fear or laughter are exhausted or even delimited by any story we may want to tell about how those phenomena serve our organic survival. (For one thing, knowing that my disgust is an evolutionary hangover designed to keep my forebears away from pathogens generally won’t make me any less disgusted, the more so when the disgust-affect has moved from things like mould and rotting meat to things like cruelty or superficiality).

An instant debate across 18 timezones about a review that isn’t even out yet – how cool is it living here in the future??