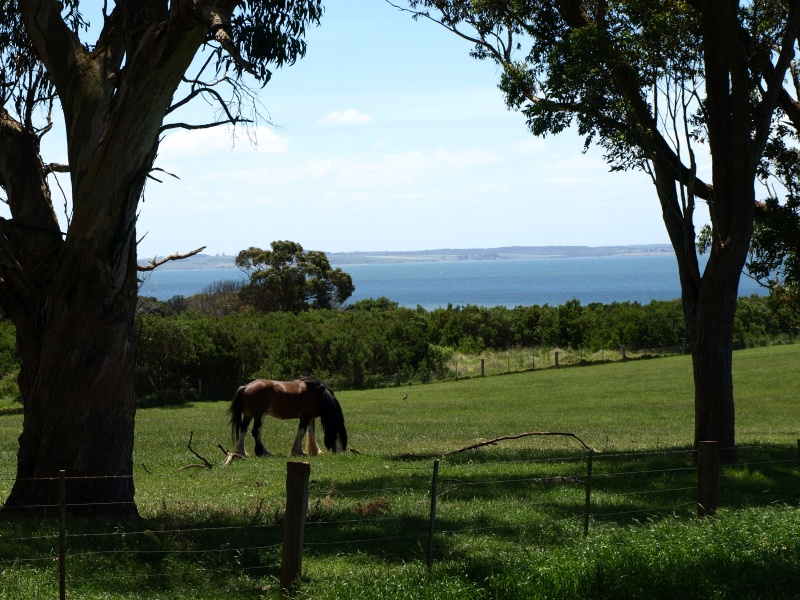 ‘Year-in-review’ articles are meant to get people talking. Or, fill out column inches during a quiet time of year. Either way, I doubt the Daily Telegraph’s Phil Rothfield and Darren Hadland were expecting the backlash they received just before Christmas, when they declared racehorse Black Caviar the Tele’s ‘Sportswoman of the Year.’

Not surprisingly, Twitter rounded on Rothfield almost immediately, with media figures such as Wendy Harmer and Tara Moss weighing in on what clearly looks to be, at best, obliviously sexist. Rothfield telling Harmer to ‘pull her head in’ on the basis that ‘Caviar is a girl’ didn’t help.

The astute observer may have noticed that whatever else she is, Black Caviar is not a woman. She is female, but she is not a woman (or a girl for that matter). To horribly oversimplify, ‘female’ refers to the biological category of sex, while ‘woman’ refers to the social category of gender. A horse has a sex, but it does not have a gender. ‘Woman’ is a specifically human category, one that involves situation in a network of meanings that simply aren’t available or applicable to nonhuman animals.

And this is why awarding the title of ‘Sportswoman of the Year’ to Black Caviar is so galling: it reduces women to their female bodies. The decision suggests there were no actual women worthy of the title, so we’ll just pick the nearest deserving female as if that’s the same thing. That, in turn, collapses ‘woman’ into ‘female’ and thus essentialises gender. This is the old trick of sexism: women come to be defined by their biology, men do not. As Simone de Beauvoir noted, both men and women secrete hormones, but men are never accused of thinking ‘hormonally’ no matter how much testosterone is involved.

In the context of the position of women in sport, the Tele’s decision looks tin-eared at best and sinister at worst. Harmer took to her blog to point out how insulting this decision looks given “the utter bullshit [sportswomen] have to cope with – year in and year out.” I’ve no doubt she’s right. The effect of the article is clearly belittling, playing to the idea that women’s sport is necessarily boring, secondary, less legitimate. In sport as in other aspects of life, women are, as de Beauvoir put it, made into the ‘other.’ The defaults of the species are implicitly set to ‘male.’

What was interesting though was the sheer incredulity displayed by many at the very idea that a horse could even be considered as competing with humans. ABC journo Jeremy Fernandez, for instance, tweeted that Australia II also ‘stopped a nation’ as Black Caviar had done, but that didn’t make it a sportswoman. No-one, as best I can tell, pulled Fernandez up for comparing a sentient nonhuman animal to a yacht, equating a horse with a mere object.

Given the perfectly valid focus on gender, no-one, it seemed, stop to ask: why shouldn’t a horse be in the running (sorry) for recognition alongside human sportspeople? If we’re going to laud extraordinary feats of strength and endurance, why must the only animals to be so rewarded be homo sapiens? Perhaps there are valid answers to that question, but what struck me was that no-one even thought to raise it.

We find ourselves caught here between sexism and speciesism. We’ve finally come to a point where we can recognize the former, though clearly we still have a very long way to go. Speciesism, however, barely even registers.

The moral progress of humanity has been largely a process of coming to see the wrongness of discrimination on the basis of morally irrelevant differences – gender, race, sexuality, and so on. With regard to how we treat nonhuman animals, the question is basically this: which features that distinguish humans from animals are morally relevant and therefore justify differential regard? What is it that humans have that animals don’t that justifies putting our interests ahead of those of nonhuman animals, in what ways and to what extents?

As the last few decades of animal ethics has shown, these turn out to be deeply complex questions, to which there have been no shortage of answers put forward. I’m not denying there are such relevant features, by the way, as if human and nonhuman animals are morally equal. The capacity for rationality and self-reflection, for instance, seem to make a vast difference morally. But is it an absolute difference? And does it matter in the same way in all contexts?

Let’s stick to what we’re rewarding here: sporting performance. We’re not talking about ‘best and fairest.’ We’re simply talking about who can run the fastest or score the highest. Of course most sports involve a degree of conceptualisation that is not available to nonhuman animals – but if we’re going to laud individuals for doing physical things that almost no other individuals of their species can do, doesn’t Black Caviar fall into that category? Why is a human running really fast around a track qualitatively different, in a morally relevant way, from a horse doing the same thing (with ‘really fast’ relative to species-average in each case)?

Perhaps the simplest, most elegant solution for the Telegraph would have been to declare Black Caviar “Athlete of the Year.”

That would have done the Tele’s Sportsman of the Year out of his award too. But if Black Caviar trumped every human sportswoman in 2012, I dare say a good argument could also be made for her beating Rothfield and Hadland’s pick, Michael Clarke.

Mind you, I’m not much of a cricket fan. Though if Clarke had to play with someone sitting on his back, whipping him every time it looked like he was about to be run out, I’d probably watch. And I quite like the idea that Ricky Ponting is now living out his days in a nice paddock somewhere, with all the apples and sugar cubes he could wish for.

So this solution would have avoided the obnoxious sexism of the Tele’s conflation of ‘female horse’ with ‘woman’ whilst simultaneously taking Black Caviar seriously as an athlete, regardless of her species. Win-win, no?

Of course, maybe we’re not prepared to take nonhuman animals seriously as athletes. If that’s the case, perhaps we should stop forcing them to perform athletic feats for our entertainment? Just a thought.