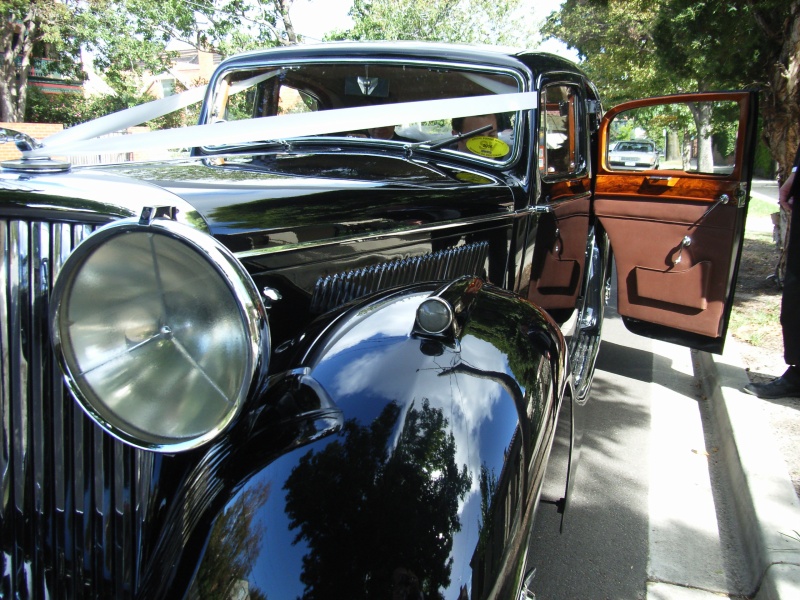 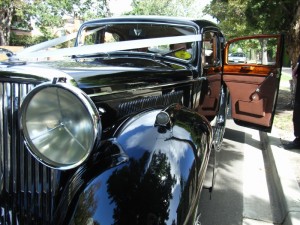 [Originally published at The Conversation – feel free to join the discussion in the comments section there.]

It’s not often I find myself agreeing with Archbishop Peter Jensen. But his latest foray into the public space was right about at least one thing: it’s time for a serious, grown-up discussion about the nature of marriage.

But just how serious a discussion we can have when figures like Jensen refuse to acknowledge that “secular” understandings of human relationships might be just as deep as religious ones?

The latest stoush is over the Sydney Diocese’s proposed new prayer book, which has brides (optionally) promising to “love and submit” to their husbands.

The blokes, not surprisingly, aren’t asked to submit to their wives. This is being spruiked as an improvement over the older “love and obey” – not because “obey” is more morally problematic than “submit,” but because there is more scriptural warrant for the new wording.

At the heart of all this is St Paul’s analogy between a man’s love for a woman and Christ’s love for the church. Jensen argues that while the wife promises submission to her husband, the husband in turn makes the far more onerous commitment to show the same self-sacrificing love for his wife that Christ offers the church.

Now, how Anglicans understand and officiate over marriage is, strictly speaking, none of my business.

But I do find myself spending a lot of time reading, thinking and writing about 19th century Danish philosopher, theologian, and miserable weirdo Søren Kierkegaard. And for someone whose only stab at romance ended in a messy broken engagement, Kierkegaard has some very interesting things to say about marriage.

Your wife must first and foremost be to you the neighbour; that she is your wife is then a more precise specification of your particular relationship to each other.

OK, but what does the “more precise specification” consist in? After all, I don’t love the person sitting next to me on the bus the same way I love my wife, so what is the distinctive character of marital love?

In answering that question, Archbishop Jensen smuggles in an essentialist claim about “masculine” and “feminine” qualities that really has nothing to do with the fundamental ethical encounter at the core of our relationships.

The husband promises “to be a man of strength and self-control” for the benefit of his wife and any children they might have. This in turn will apparently serve to “enhance the feminine and personal qualities of his wife”.

It’s curious that Jensen can’t bring himself to tell us what these qualities are, or why we should believe there are “naturally” masculine and feminine qualities, or why we should take them as morally obligating even if there are. (Beware the Naturalistic Fallacy: we might think humans are “naturally” selfish, for example, but that doesn’t make it morally right or good to be selfish).

Many young people, Jensen tells us, want to be “husbands” and “wives” rather than simply “partners.” Apparently being a “husband” rather than a “partner” poses a “special challenge to the man to demonstrate the masculine qualities which he brings to a marriage”.

I’m faithful to my wife, but not because being a “husband” poses some special challenge that’s not present in the term “partner.” I’m faithful because a good person doesn’t betray the people given to him or her to love. To shoehorn in historically contingent ideas about gender, and the power relations that are coded into those ideas, simply alienates people from the exhilarating, terrifying intimacy at the heart of the distinctive kind of love we have for our spouses and partners.

Jensen makes much of the importance of making promises in front of witnesses. But marriage doesn’t begin at the altar. The vows we take come, in effect, too late. The commitment to each other is already there long before the wedding day; the promises are already present, spoken and unspoken, in the way we share our lives.

That, I’d suggest, is what marriage has come to mean now co-habitation has increasingly become the norm. It recognises an existing state of affairs, namely, that two people have already started building their life together and have already committed to each other – selflessly, fully, unreservedly.

Ah, but that can’t be right, because according to Jensen “secular views of marriage are driven by a destructive individualism and libertarianism” that is “inconsistent with the reality of long-term relationships such as marriage and family life.” If you’re not making a promise to God you’re clearly just out for what you can get. You can’t possibly be as morally serious as someone who makes a vow before God.

This, I think, really gets to the heart of what’s wrong with many religious critiques of secular relationships. They assume that if you take God out of the picture, you’re left with “friendship recognised by the police,” or as Raimond Gaita puts it in his discussion of marriage equality, “loving friendship plus sex.” Such views refuse to accept that atheists experience love with the same depth and commitment as believers, or that secular marriage or de facto relationships can be wholly adequate to this dimension of human experience.

Jensen claims there is “great wisdom” to be found in the Bible on these matters. Surprisingly, I agree.

You don’t have to believe in God to find important moral insights the New Testament – or the Tanakh, or the Qur’an, or the other foundational texts of the world’s faith traditions.

And this atheist is happy to suggest that we could probably learn a lot from the Sermon on the Mount, with its vision of self-emptying love for our neighbour. But if there is to be meaningful dialogue of the sort Jensen calls for, we can’t begin by denying the depth of each other’s moral universes.