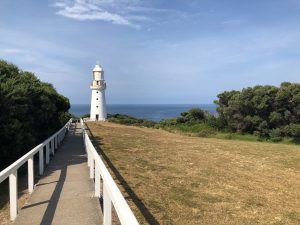 There’s a story I was a bit obsessed with as a child. I was that weird, nerdy kid that was massively into UFOs, ghosts, the paranormal etc. I read everything I could find and bored anyone who was within earshot. But this one story in particular stood out.

It happened in my home city, in the year I was born. And it took a life.

I still remember riding my bike (black BMX with white tyres; the kids called me Nutty Professor White Wheels, which tells you a lot about me at that age) down to Moorabbin City Library in Bentleigh after school to photocopy news clippings about the case. I even wrote to the local UFO group, VUFORS.

Somewhere during my teens, something shifted. I went from believer to skeptic, but the kind of skeptic who’s less interested in debunking and more interested in what these extraordinary human experiences say about us.

But that one story. That story never left.

People at this latitude still know the name of Frederick Valentich, or if they don’t, they recall there was a young pilot who vanished over Bass Strait. A family’s tragedy had morphed into an eerie piece of modern Australian folklore – except, of course, it wasn’t just folklore. A man was missing, presumed dead.

The story always finds its way back again: anniversaries, new bits of detail, TV shows with recreations of the final flight and the aftermath. Books. Podcasts. It seeped into our culture. Henri Szeps did a one-man play based on it. The Kettering Incident drew on it.

The story and I both turned 40 last year. I found myself thinking about it more and more, reading the newly discovered Department of Transport investigation file, unsettled to find I was now less sure of what “really” happened than ever.

What was striking now was how the central figure in the story was constantly being overwritten by other people’s interpretations of what happened to him. With every telling, a totally different Frederick.

I wanted to trace all those different Freds back to their source. And I wanted to know what happened to the people left waiting for that plane to come back. What it’s like to live for four decades suspended in that kind of uncertainty.

And that’s how I found myself at Moorabbin Airport with a bunch of recording gear, exactly forty years to the day since the disappearance. 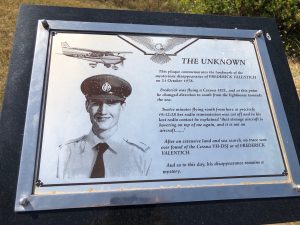 This project has been pretty all-consuming for nearly a year now, and I don’t think the story is finished with me yet. I’m a bit terrified how this piece will be received. It’s almost certainly going to be misinterpreted in some quarters.

But it’s here. I want to thank supervising producer Lyn Gallacher – herself a pilot – for her wisdom and guidance, Michelle Rayner for taking a chance on me, Jack Montgomery-Parkes for his impeccable ear and unerring timing, Irene and everyone VUFORS for trusting me to come into their space, and George, Mike, and Chris for sharing their recollections.

Above all, I want to thank Rhonda and Steve for being willing to speak to me about the evening in 1978 that they are both, in their very different ways, still anchored to.

So, here it is. Here’s Last Light.