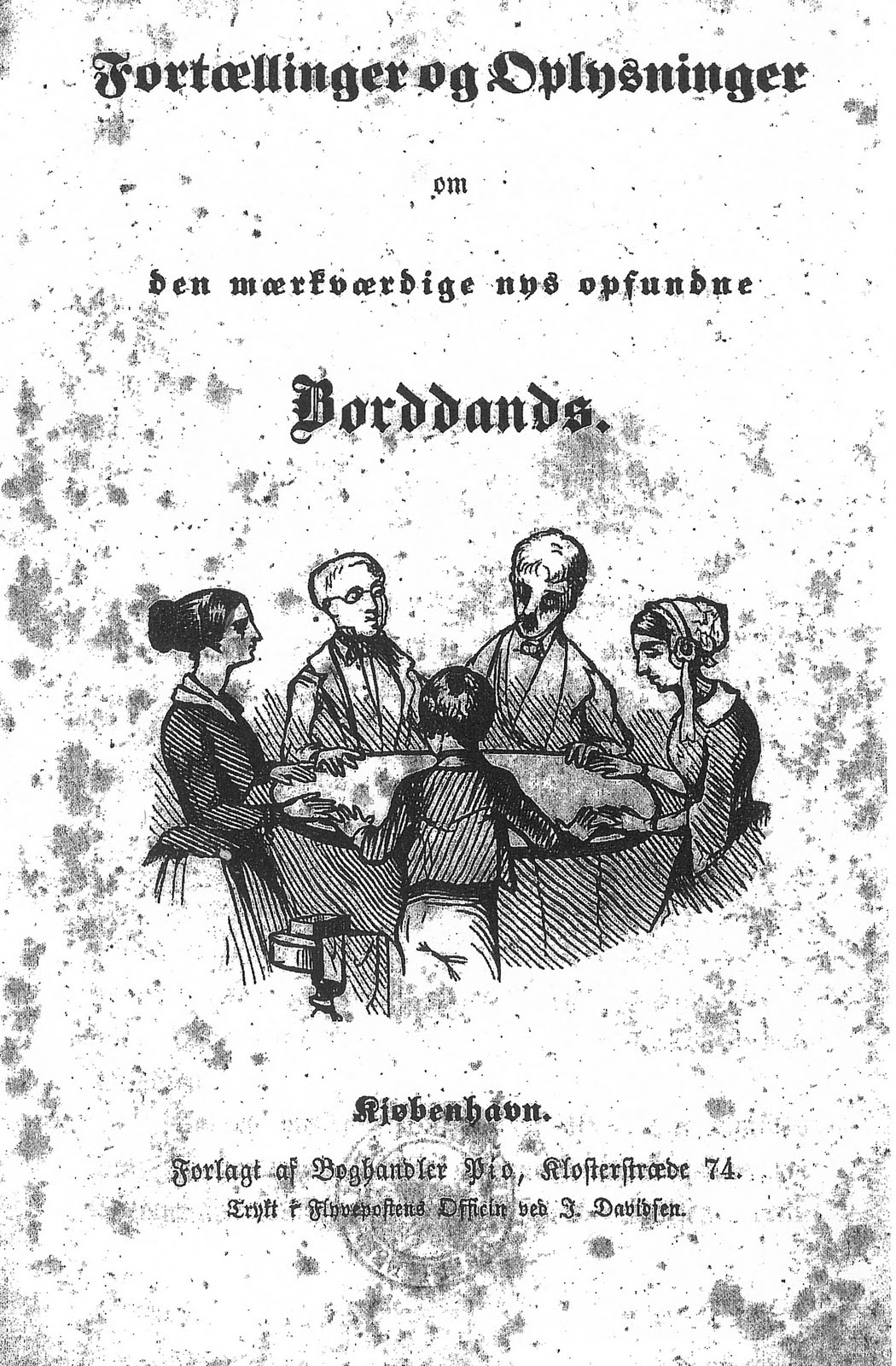 Not long into my project in Copenhagen, I started a rather strange little side-project: an investigation into the arrival of the table-turning craze (known in Danish as borddansen) in Copenhagen in 1853. Kierkegaard never mentions the practice in his writings, but the city seems to have been in the grip of this bizzare new parlour game from around April of that year. That summer, Hans Christian Andersen wrote a poem “Borddansen kender de! Ja, de har kendt den” (“You know table-turning! Yes, you have known it”) though his later mentions of borddansen suggest a lack of familiarity with the phenomenon. The initial fad seems to have died off fairly quickly, though it continued to find enthusiastic participants well into the decade, in some very curious places indeed…

The letters of theatre identity Thomas Overskou relate that just a few months after SK’s death in 1855, Johan Ludvig Heiberg and Hans Lassen Martensen – perhaps the two most important figures in Kierkegaard’s intellectual milleau – were actively involved in experiments with the practice. Overskou records one seance in particular where the table was asked (by Johanne Louise Heiberg) “Is the deceased Bishop Mynster happy and glad [lykkelig og glad] in the place where he now is?” The table’s reply mystified the participants: not a simple yes or no, but a very crypic “glad.” In the later experiments the table insisted Mynster was indeed glad but not lykkelig, leading Overskou to wonder if the dead distinguished between words the living took to mean the same thing!
It’s a curious story – and one that lead me to some very strange pamphlets in the Royal Library, some extolling borddansen as a great discovery of 19th century science, others seeking furiously to debunk it. 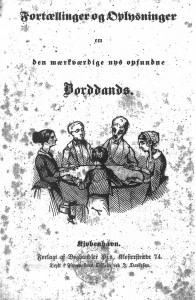 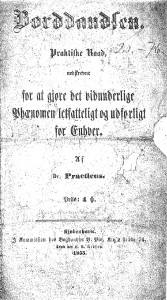 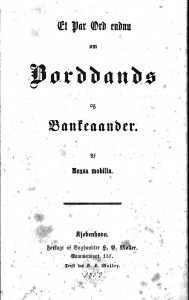 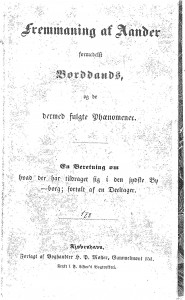 It also lead me to read up on the epistemological and eschatological character of 19th century Spiritualism, the religous movement that attracted a vast number of adherents across the US and Europe from 1848 until the 1920s. While it’s often been interpreted as a delayed political reaction to the failed revolutions of 1848, Spiritualism can also be seen as a by-product of the collapse of the old pre-Enlightenment certainties, and the desire to submit all questions – even those previously reserved to revealed religion – to a new, scientific, rational understanding that would deliver ever-increasing knowledge and corresponding “progress.” As such, Spiritualism would seem a ripe target for Kierkegaard’s critique of the speculative, detached, objective spirit of his age – a spirit perfectly embodied by those two veterans of the 1830s debate over personal immortality in the Hegelian ‘system,’ Heiberg and Martensen.

I discuss all this in “The Science of the Dead: Proto-Spiritualism in Kierkegaard’s Copenhagen,” in Volume IV of the excellent Acta Kierkegaardiana series, on the topic “Kierkegaard and the 19th Century Crisis of Religion.”